The 25 paintings which made up the exhibition, 'Domestic Rituals', is particularly difficult to write about or even think about. Six weeks prior to hanging the show at the Murray Bridge Regional Gallery in early 2015, a studio fire during the night destroyed all the new work. The fire also destroyed most stored paintings, drawing and prints, art materials and sadly my collection of hundreds of art books. Thankfully, many works survived in another room of the studio.

Fortunately, the exhibition had been photographed so a good record does exist. I was pleased with the works and I was comforted in knowing that I had developed a new technique in my paintings and had explored a new subject for them. Searching my domestic environment and textile collection, I had created still life arrangements and included collaged surfaces as a major element of the compositions. Melanie Rankin, Director of the Murray Bridge Gallery called in the day after the fire, bearing wine and pizza, and insisted I get back to work immediately as she had already booked another exhibition of new paintings for the following year. As it turned out the new show, called 'New Paintings', opened on 27th May 2016.

There was no time for regrets, disappointment and tears yes, but a new studio was needed, an enormous clean up undertaken, and the energy to keep working. Somehow it all happened with the help of family and friends and I was able to paint in a small shed while plans were made for a new building. 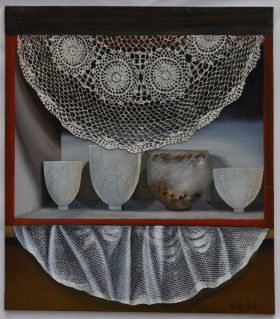 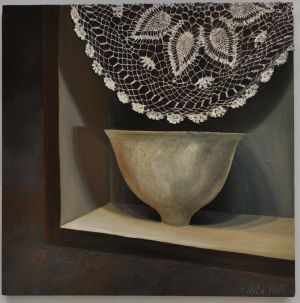 'A Floating Prayer' oil and collage on canvas 61 x 61cm

'Ashes, remnants at the altar' oil and collage on canvas 36 x 95cm 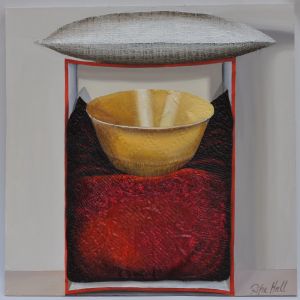 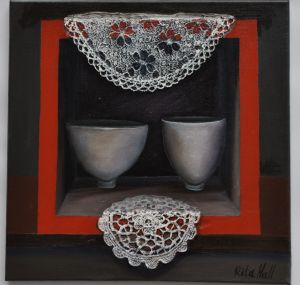 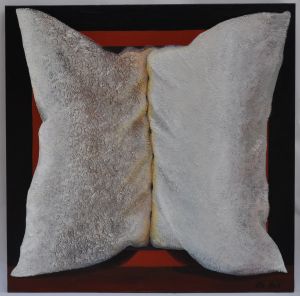 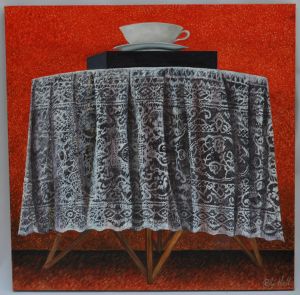 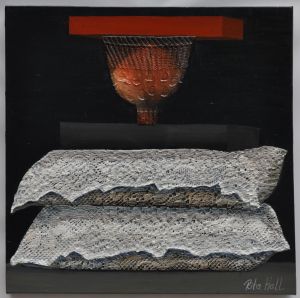 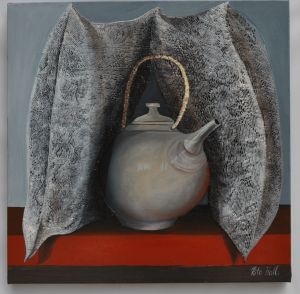 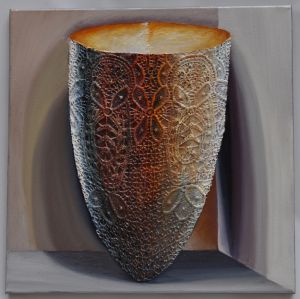 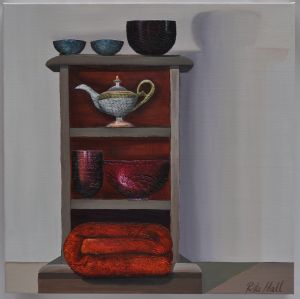 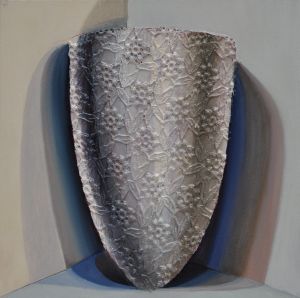 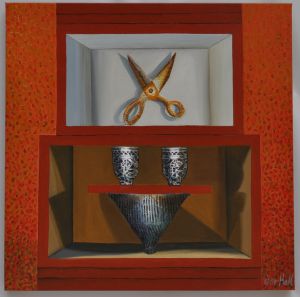 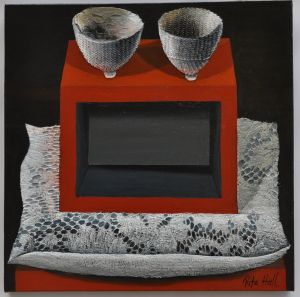 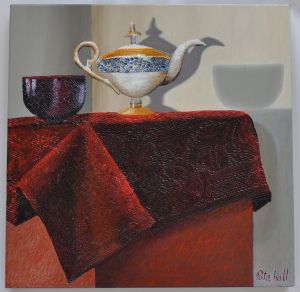 'Progress of Light' oil and collage on canvas 45 x 45cm 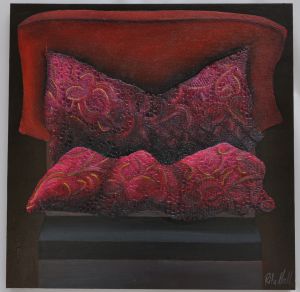 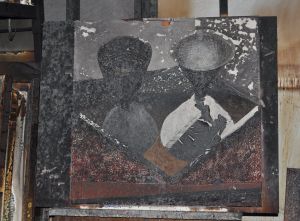 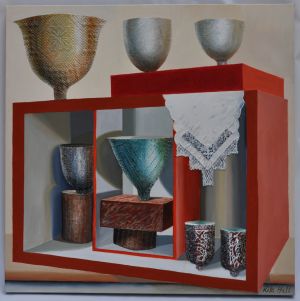 'Reparations made ready' Oil and Collage on Canvas 89 x 89cm 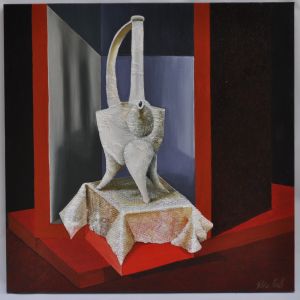 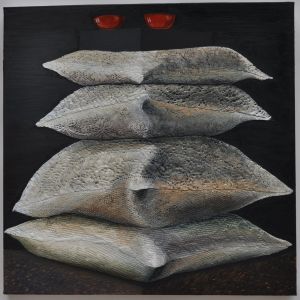 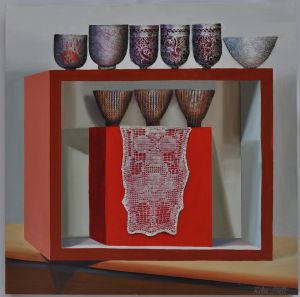 'Systems of Classification' oil and collage on canvas 61 x 61cm 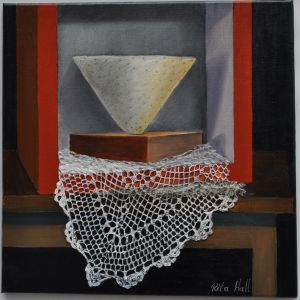 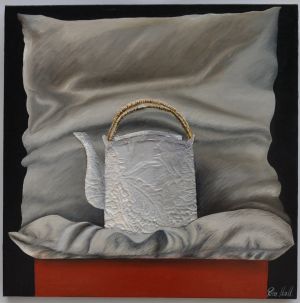 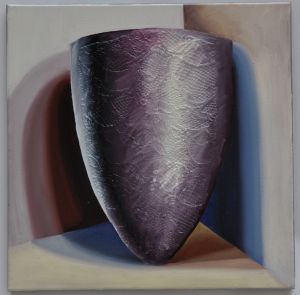 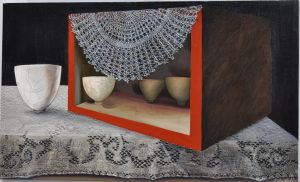