I was fully immersed in horse drawing, etchings, a few lino cuts and had started making large coloured unique state collographs of horse rugs. I was also heavily engaged in the world of dressage, having joined the SA Dressage Club and all the responsibilities of being a committee member. Our daughters' involvement meant the family also had to be involved by association and my work started to be noticed by the fraternity of dressage riders. The Equestrian Federation of Australia (EFA), were to conduct the National Dressage Championships in South Australia at Strathalbyn in 1997.

I was commissioned by them to make a large drawing of a dressage horse and rider. The drawing was to be framed, raffled as a prize and reproduced as a poster to advertise the event. I was paid a separate fee by the EFA. The drawing was a success and lots of money for the EFA was raised from ticket sales in the raffle. Of course, in order to arrive at the right drawing which pleased me, I needed to make dozens of drawings. I looked at dressage magazines, watched competitions and studied the elegant movements of horses especially trained in dressage. All the works were done in charcoal or Conté, some in pastel. 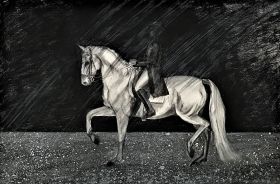 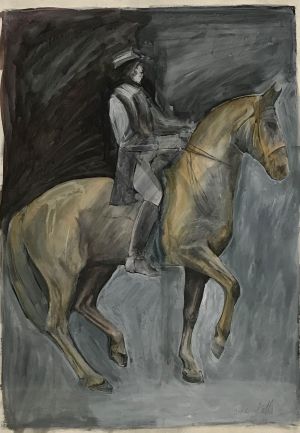 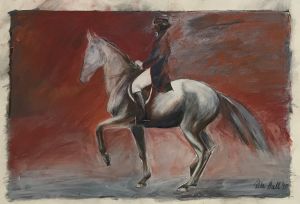 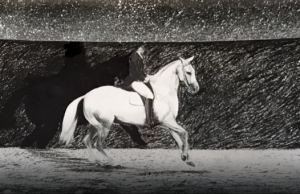 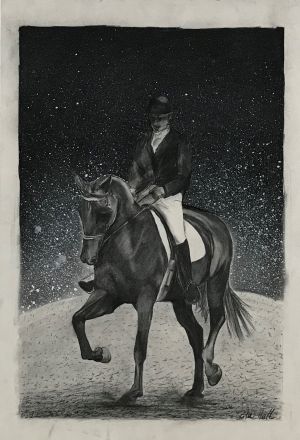 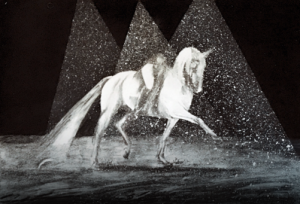 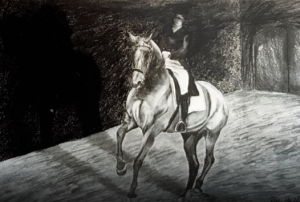 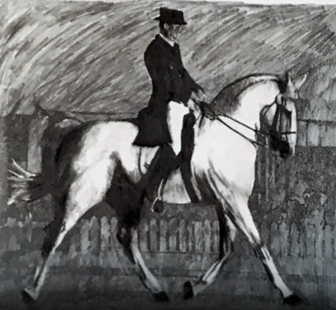 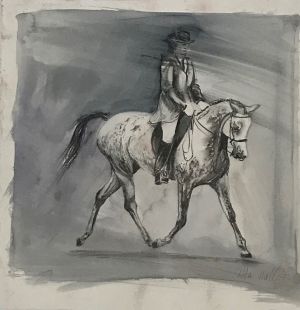 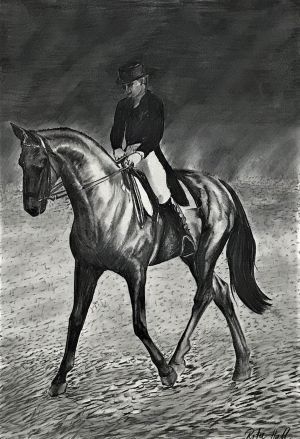 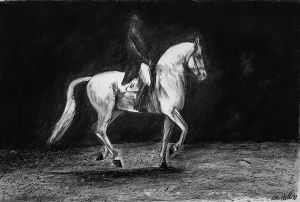 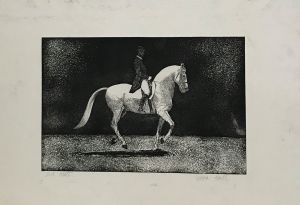 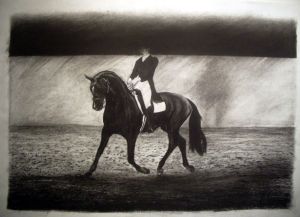 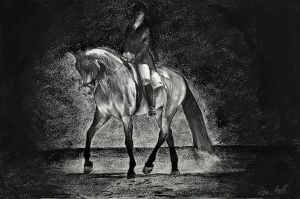