The advent of the simple stone as a motif in my work was very significant at the time. The form allowed a variety of techniques to be exploited, especially collographs, relief printing and pastels. Each work was unique although I did make 2 editions of coloured lino cuts.

As I explored the stone shapes within various environments, the forms began to change, from round to oval to oblong until they began to appear like missiles or bullets. Perhaps the TV images at that time of the first Gulf war were influencing my visions. Whatever the reason, I found them to be satisfyingly beautiful forms.

At last, I believe in retrospect, that I became a mature artist at this stage, but with still much to learn.

The stone series came about through a curious surfeit of ideas. Following many years of making dramatic and expressive works, often decorative and descriptive, it seemed to me that I needed to return to the essence of what art making meant to me. I knew I needed a simplicity, an aesthetic resonance with conceptual rigor.

As always I simply looked around me, the reality of any environment is reliable to offer up ideas. Musing on a Kangaroo Island beach one sunny day the image became obvious to me in a flash of inspiration. It happens like that for me, it’s a matter of trust.

William Blake's poem, Auguries of Innocence came to mind, in particular the opening words, "To see the world in a grain of sand." It spoke to all I was looking for.

A grain of sand became a rounded stone in a picture, in a space, with a shape, with a dimension, a surface, a shadow perhaps, a solidarity, with its weight and all full of possibility. So began a new starting point rich with the potential for the making of future art works. I began a collection of rounded stones. Some were abandoned but many became models for drawings. They were exploited for many reasons and a body of new works became manifest. I made collographs, lino prints, etchings, lithographs, with also many drawings, paintings and pastels. A small group of the stone works were exhibited at Reade Art Gallery in 1990.

The shapes began to change as the works developed which led easily into the next series made during the next 3 years. 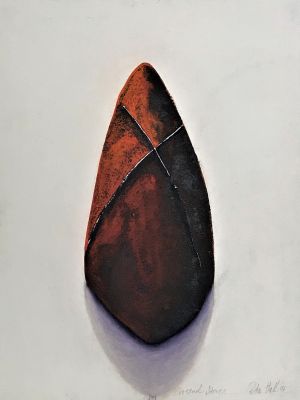 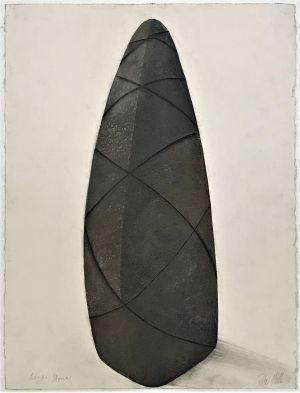 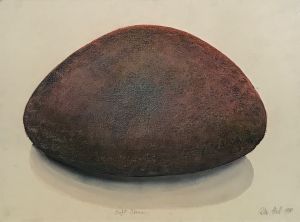 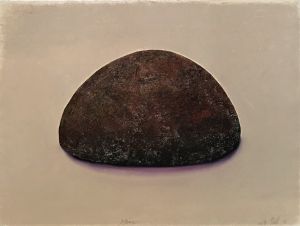 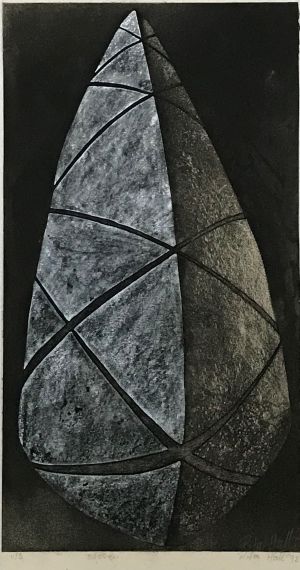 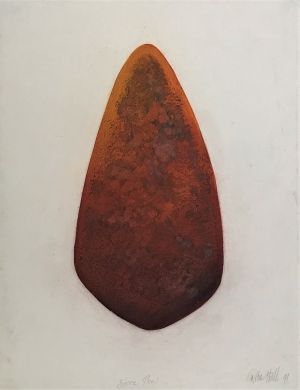 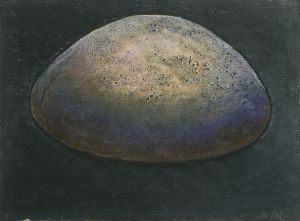 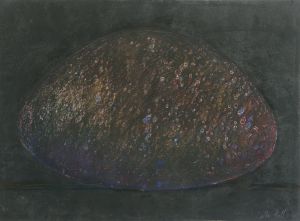 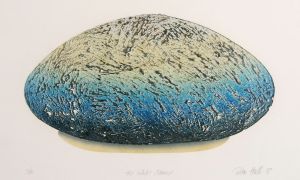 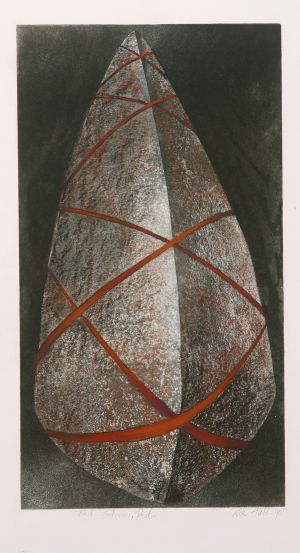 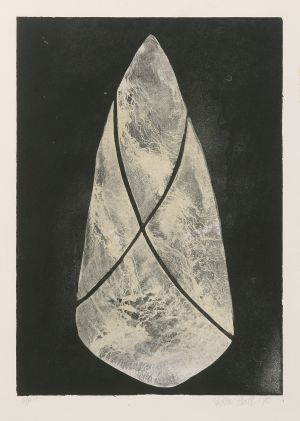 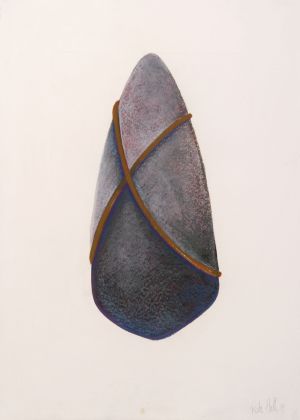 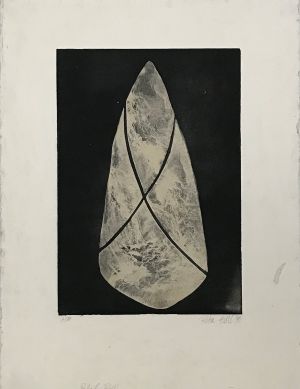 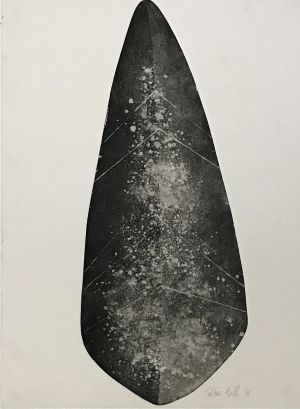 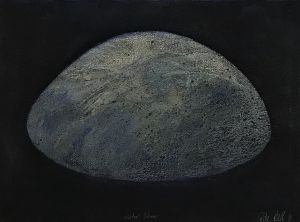