I now had a new armory of techniques and skills in printmaking along with a range of subjects which led to further possibilities for expression. Always curious about how things would look as art works I began to make  new prints of objects in formal arrangements within the traditions of still-life  composition. Knives, saws, blades, scissors and various tools started to appear, often as collographs using laces, leathers and textured fabrics.

I considered these objects in a playful way and rather absurd. A lace saw blade was quite silly but they were fun to make. I made a collection of these works but they were never exhibited as a whole. Horses began to infiltrate my private life, with no relation to my art practice. Initially this influence was integrated into the print work but gradually the horse became the next major project. 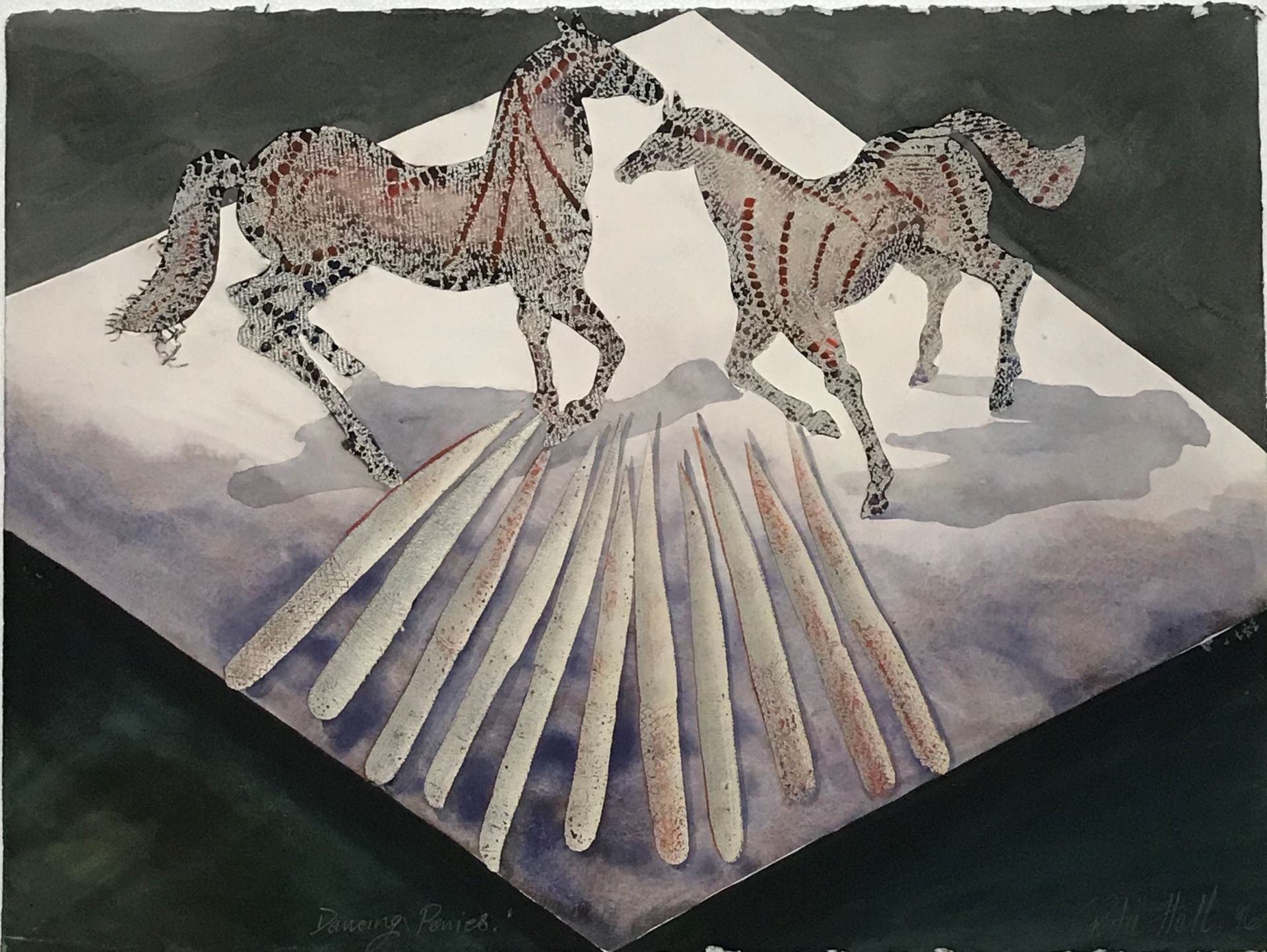 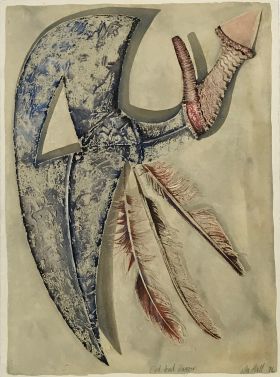 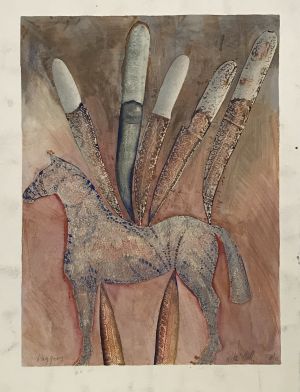 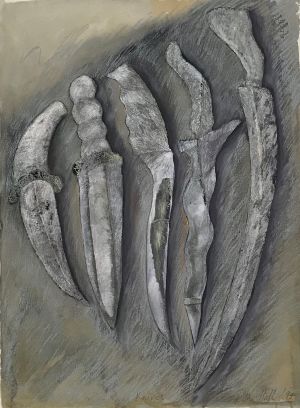 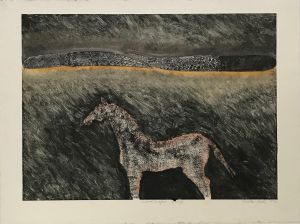 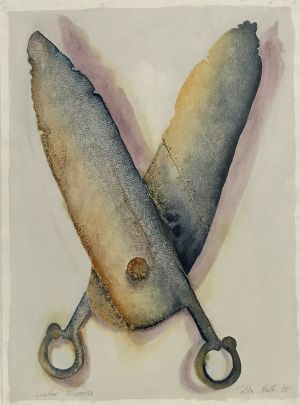 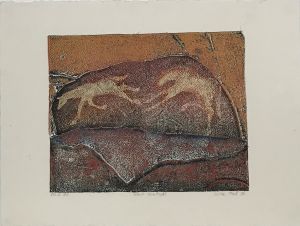 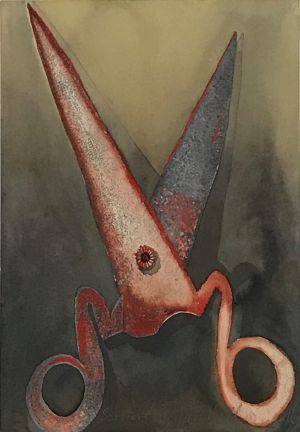 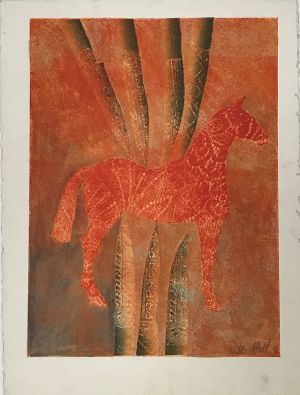 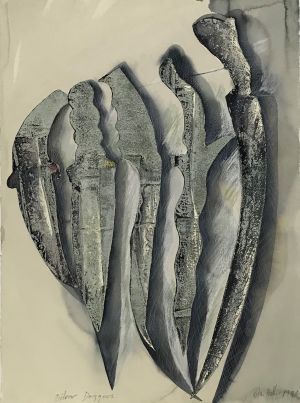 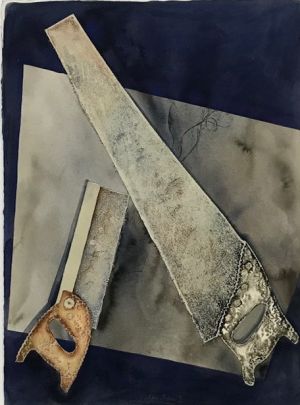 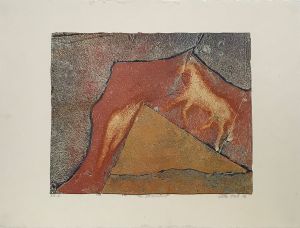 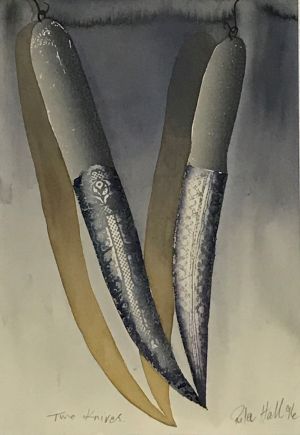 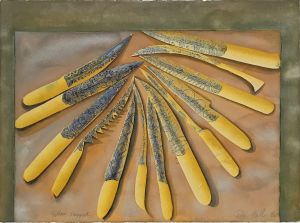